35 On that day, when evening had come, he said to them, “Let us go across to the other side.” 36 And leaving the crowd, they took him with them in the boat, just as he was. And other boats were with him. 37 And a great windstorm arose, and the waves were breaking into the boat, so that the boat was already filling. 38 But he was in the stern, asleep on the cushion. And they woke him and said to him, “Teacher, do you not care that we are perishing?” 39 And he awoke and rebuked the wind and said to the sea, “Peace! Be still!” And the wind ceased, and there was a great calm. 40 He said to them, “Why are you so afraid? Have you still no faith?” 41 And they were filled with great fear and said to one another, “Who then is this, that even the wind and the sea obey him?”

Bhutan, Asia: Bhutan is one of the world’s least evangelized nations. The continued isolationist policies of the government combined with the highly significant role of the Buddhist monarchy further reinforce the hold of tantric Vajrayana Buddhism, complete with the strong occultic/demonic influence of pre-Buddhist Bon animism. Pray for true spiritual liberation for this land of the Dragon (Druk Yul). Pray for King Wangchuk and his salvation. For more information go to www.operationworld.org. 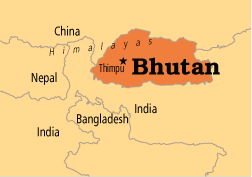 30 And he said, “With what can we compare the kingdom of God, or what parable shall we use for it? 31 It is like a grain of mustard seed, which, when sown on the ground, is the smallest of all the seeds on earth, 32 yet when it is sown it grows up and becomes larger than all the garden plants and puts out large branches, so that the birds of the air can make nests in its shade.” 33 With many such parables he spoke the word to them, as they were able to hear it. 34 He did not speak to them without a parable, but privately to his own disciples he explained everything.

Preschool (Ages 2–4) JESUS IS GOD’S SON: Follow Jesus from the manger to the Mount of Transfiguration. Taught by Phillip and Bridget DiBella

Younger Elementary (Grades K–3) LOVING JESUS: Loving the promise of the Savior; meeting him and responding to him. Taught by Robert Mourad

Older Elementary (Grades 4–6) EXODUS TO RUTH: Follow your ancient ancestors in the faith from the Exodus to the Promised Land. Taught by Maria Dunn

Youth Group (Grades 7-12) CHRIST IN A WORLD OF RELIGIONS: grow in your confidence in Jesus as you learn about world religions. Taught by Pastor Tim Carroll

Choose Courage: Those with disabilities will be learning the Spirit-enabled courage of Joshua and Caleb. Taught by Peggy Van Lowe and one adult/teen mentor for each student.

Exploring Crossroads: What is Crossroads all about? Come learn the basics of how our faith and practice are rooted in the glory of the triune God’s free grace received through faith in Jesus Christ as illuminated in the sacred pages of Scripture. This class is required for all seeking membership. Taught by Pastor Don Sampson.

Far as The Curse is Found – Overview of Bible: This class will help you understand the Bible’s covenantal structure and character. Highlighting the goodness of the physical realm and God’s redemptive intentions for his creation you will glory in God’s covenant faithfulness, and see in Jesus the fullness of God’s covenant now and forever. Taught by Fritz Thornton and other Ruling Elders

Benin, Africa: Structures of sin such as people-smuggling and the black market (fayawo) are highly influential. Some 75% of economic activity is underground. This is deeply tied to Nigerian interests and makes Benin very vulnerable financially. Allegedly, tens of thousands of children are smuggled from Benin each year to work as child labourers, mostly to their eastern neighbours. They are often maltreated and abused. Pray for justice and righteousness to take root in Benin and for Nigeria’s influence to become a more positive and godly one.  For more information go to www.operationworld.org. 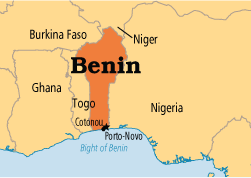 And he said, “The kingdom of God is as if a man should scatter seed on the ground. 27 He sleeps and rises night and day, and the seed sprouts and grows; he knows not how. 28 The earth produces by itself, first the blade, then the ear, then the full grain in the ear. 29 But when the grain is ripe, at once he puts in the sickle, because the harvest has come.” 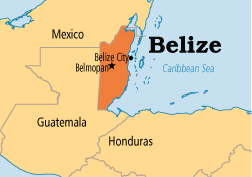 Belize, Latin America: HIV/AIDS is a serious threat. The 2.4% (and rising) infection rate is the highest in Central America. He Intends Victory and Lighthouse Christian Radio both serve to educate, prevent and minister on this issue and to those who suffer. For more information go to www.operationworld.org.

9 And he said, “He who has ears to hear, let him hear.” 10 And when he was alone, those around him with the twelve asked him about the parables. 11 And he said to them, “To you has been given the secret of the kingdom of God, but for those outside everything is in parables, 12 so that “they may indeed see but not perceive, and may indeed hear but not understand, lest they should turn and be forgiven.”

13 And he said to them, “Do you not understand this parable? How then will you understand all the parables? 14 The sower sows the word. 15 And these are the ones along the path, where the word is sown: when they hear, Satan immediately comes and takes away the word that is sown in them. 16 And these are the ones sown on rocky ground: the ones who, when they hear the word, immediately receive it with joy. 17 And they have no root in themselves, but endure for a while; then, when tribulation or persecution arises on account of the word, immediately they fall away. 18 And others are the ones sown among thorns. They are those who hear the word, 19 but the cares of the world and the deceitfulness of riches and the desires for other things enter in and choke the word, and it proves unfruitful. 20 But those that were sown on the good soil are the ones who hear the word and accept it and bear fruit, thirtyfold and sixtyfold and a hundredfold.”

21 And he said to them, “Is a lamp brought in to be put under a basket, or under a bed, and not on a stand? 22 For nothing is hidden except to be made manifest; nor is anything secret except to come to light. 23 If anyone has ears to hear, let him hear.”

24 And he said to them, “Pay attention to what you hear: with the measure you use, it will be measured to you, and still more will be added to you. 25 For to the one who has, more will be given, and from the one who has not, even what he has will be taken away.” 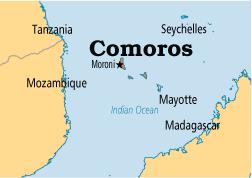 Comoros, Africa: There are severe restrictions on Christians. Evangelism is forbidden, and those who convert to Christianity can expect severe reprisals from the community and from their own family. Harassment and persecution have risen in frequency and intensity in recent years. Pray for courage for those choosing to follow Jesus, and wisdom for all who must walk out their faith in this hostile atmosphere. Comorian believers are gradually increasing in number, although the majority of believers are Réunionese, Malagasy and French. Each Comorian believer faces a difficult path fraught with likely opposition, and yet the body of Christ grows. Pray that leaders may be raised up for the increasing groups gathering for fellowship, and pray for the people and resources to train and disciple them. Response to the gospel is greater on Anjouan than on the other islands. For more information go to www.operationworld.org.