The role of Islam is a troubled one. Radical Islamists contribute to the present troubles. Many jihadists flood into Somalia, eager to fight against the government. The Islamic courts have restored order in their spheres of influence, but by the most ruthless means, imposing strict shari’a on all. Pray that Islamist plans will be thwarted and a new religious tyranny prevented.

The economic, social and physical health of the nation is terrible, the result of years of war and neglect. More than 750,000 people are internally displaced, and 500,000 died as a result of the fighting. Warfare/upheaval and a particularly strict form of Islam make outside assistance very difficult to give. Pray for:

a) Order and stability. Chaos has created a haven for smugglers, bandits, pirates and terrorists, only fueling the problems. Such danger and an oppressive interpretation of Islam also prevent aid and workers from assisting anyone.

b) Structures of sin allow great wrongs to persist. Most women suffer female genital mutilation. Many women have been raped, many divorced and left by their husbands and many children have been smuggled out of Somalia and into exploitation or abandonment.

c) Medical need. Somalia has the lowest health budget of any nation, and the highest infant mortality rate – nearly 12% of all children die as infants. Droughts and warfare-induced famines render huge numbers dependent on food aid.

d) Wise administration of aid. Access is difficult and opportunities limited; violent reactions to perceived “Christian” aid occur. Pray for protection and effective ministry for aid workers, many of whom are Christians. 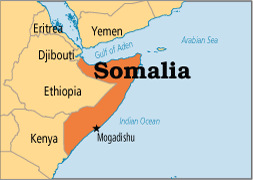 0Hours0Minutes0Seconds
The Lion of Judah – Genesis 49:1-28We Are Special
Scroll to top