22 And they came to Bethsaida. And some people brought to him a blind man and begged him to touch him. 23 And he took the blind man by the hand and led him out of the village, and when he had spit on his eyes and laid his hands on him, he asked him, “Do you see anything?” 24 And he looked up and said, “I see people, but they look like trees, walking.” 25 Then Jesus laid his hands on his eyes again; and he opened his eyes, his sight was restored, and he saw everything clearly. 26 And he sent him to his home, saying, “Do not even enter the village.”

27 And Jesus went on with his disciples to the villages of Caesarea Philippi. And on the way he asked his disciples, “Who do people say that I am?” 28 And they told him, “John the Baptist; and others say, Elijah; and others, one of the prophets.” 29 And he asked them, “But who do you say that I am?” Peter answered him, “You are the Christ.” 30 And he strictly charged them to tell no one about him. 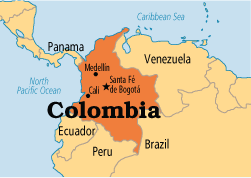 The Roman Catholic Church has seen its role and influence greatly decrease since the 1991 constitution ensured the religious freedom of other groups. The great increase of evangelicals has been at the expense of Catholicism, especially among the poor. The majority of Catholics are strongly traditional, but widely nominal; only 25% practice their faith. There is a very strong charismatic element among those who are active in the Church. Many of the faithful have opposed violence and structural sin – and paid dearly for such commitment. Pray for renewal within Catholicism that awakens and purifies the Church.

1During those days another large crowd gathered. Since they had nothing to eat, Jesus called his disciples to him and said, 2 “I have compassion for these people; they have already been with me three days and have nothing to eat. 3 If I send them home hungry, they will collapse on the way, because some of them have come a long distance.”

4 His disciples answered, “But where in this remote place can anyone get enough bread to feed them?” 5 “How many loaves do you have?” Jesus asked. “Seven,” they replied. 6 He told the crowd to sit down on the ground. When he had taken the seven loaves and given thanks, he broke them and gave them to his disciples to distribute to the people, and they did so. 7 They had a few small fish as well; he gave thanks for them also and told the disciples to distribute them. 8 The people ate and were satisfied. Afterward the disciples picked up seven basketfuls of broken pieces that were left over. 9 About four thousand were present. After he had sent them away, 10 he got into the boat with his disciples and went to the region of Dalmanutha.

11 The Pharisees came and began to question Jesus. To test him, they asked him for a sign from heaven. 12 He sighed deeply and said, “Why does this generation ask for a sign? Truly I tell you, no sign will be given to it.” 13 Then he left them, got back into the boat and crossed to the other side.

14 The disciples had forgotten to bring bread, except for one loaf they had with them in the boat. 15 “Be careful,” Jesus warned them. “Watch out for the yeast of the Pharisees and that of Herod.” 16 They discussed this with one another and said, “It is because we have no bread.” 17 Aware of their discussion, Jesus asked them: “Why are you talking about having no bread? Do you still not see or understand? Are your hearts hardened? 18 Do you have eyes but fail to see, and ears but fail to hear? And don’t you remember? 19 When I broke the five loaves for the five thousand, how many basketfuls of pieces did you pick up?” “Twelve,” they replied. 20 “And when I broke the seven loaves for the four thousand, how many basketfuls of pieces did you pick up?” They answered, “Seven.” 21 He said to them, “Do you still not understand?” 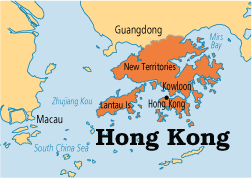 China, Hong Kong, Asia: Church growth, rapid in the 1960s, slowed in the 1980s and again in the 21st Century. High emigration in the 1990s and following (19% of Christians) was offset by new believers coming into the Church. Hong Kong’s high pressure, competitive environment regarding living space, work hours and education as well as many uncertainties about the future often make people open to the gospel. Fastest growing are large churches and megachurches that incorporate a cell group structure. For more information, go to www.operationworld.org. 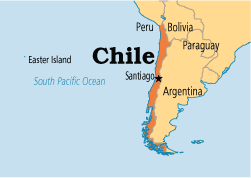 Chile, South America: The Chilean Church lacks missions vision. Its contribution for its size is very small, with little concern for world evangelization. The country’s geographical and spiritual isolation and political upheaval all contribute to this deficiency. By setting up missions’ training programs, and locally based mission agencies have influenced the Latin American mission’s movement and stimulated some interest in missions. For more information, go to www.operationworld.org.

31 Then he returned from the region of Tyre and went through Sidon to the Sea of Galilee, in the region of the Decapolis. 32 And they brought to him a man who was deaf and had a speech impediment, and they begged him to lay his hand on him. 33 And taking him aside from the crowd privately, he put his fingers into his ears, and after spitting touched his tongue. 34 And looking up to heaven, he sighed and said to him, “Ephphatha,” that is, “Be opened.” 35 And his ears were opened, his tongue was released, and he spoke plainly. 36 And Jesus charged them to tell no one. But the more he charged them, the more zealously they proclaimed it. 37 And they were astonished beyond measure, saying, “He has done all things well. He even makes the deaf hear and the mute speak.” 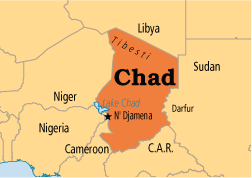 Chad, Africa: The number of Muslims seeking to know more of Christ continues to grow. Groups of believers from Muslim backgrounds are slowly beginning to multiply. The development of culturally helpful resources such as chronological Bible storying and Chadian Arabic Christian radio makes a huge difference. Challenge for Prayer

The ascendancy of Islam has increased in the last three decades. Its numerical, financial and social advantages are used to consolidate its dominant position, and animist peoples are being steadily Islamized. Increasing numbers of Muslim northerners are found in the south, with mosques and Muslim schools built in predominantly Christian areas to serve them. Pray for: a) The overcoming of many emotional, cultural and historical barriers to southerners witnessing to Muslims. Most Christians are ill-equipped and somewhat ill-disposed when it comes to sharing the gospel with Muslims, since they are used to operating in tribal languages and ministering to animist peoples. Many resent and fear the economic impact and influence of northern Muslim traders and the environmental impact of northern Muslim herdsmen and their herds. For more information go to www.operationworld.org.

24 And from there he arose and went away to the region of Tyre and Sidon.  And he entered a house and did not want anyone to know, yet he could not be hidden. 25 But immediately a woman whose little daughter had an unclean spirit heard of him and came and fell down at his feet. 26 Now the woman was a Gentile, a Syrophoenician by birth. And she begged him to cast the demon out of her daughter. 27 And he said to her, “Let the children be fed first, for it is not right to take the children’s bread and throw it to the dogs.” 28 But she answered him, “Yes, Lord; yet even the dogs under the table eat the children’scrumbs.” 29 And he said to her, “For this statement you may go your way; the demon has left your daughter.” 30 And she went home and found the child lying in bed and the demon gone.