In 2010 Crossroads embarked on a process called Natural Church Development (NCD). The goal of NCD is to foster a deeper and more genuine communion with God and partnership with him in his restorative mission. NCD helps churches identify their strengths and weaknesses in areas such as Inspiring Worship, Passionate Spirituality, Gift Based Ministry, Empowering Leadership, and Effective Structures.

At Crossroads, this process began with us taking a survey that identified the need for improvement in Inspiring Worship. For the first phase, the NCD Church Health Team focused on worship, sermons, and music. It was a blessing to see how our second survey at Crossroads served as such a helpful tool for as we sought to grow in the area of Inspiring Worship. Phase two of our NCD survey identified Passionate Spirituality as our next area in need of growth. The Crossroads NCD Church Health Team for Passionate Spirituality worked hard to define and explore the various components of Passionate Spirituality (as delineated by NCD) – experiencing God, passion for church, passion for devotions, and spiritual interconnectedness – and how those components relate to each other. The hardest challenge for the Church Health Team was to identify ways to promote growth in this area. One of the team’s conclusions was that a valuable step could be to help individual members of the Crossroads community identify their own strengths and weaknesses through spiritual practices. More on that later.

For now, the NCD Church Health Team encourages you begin by taking the following passionate spirituality self-assessment, identifying one area of strength and one area of weakness. The team’s goal is to equip members of the Crossroads community with individually applicable resources, such as classes, booklets, online tools, and one another’s gifts, to nourish and encourage individual growth.

Please read the questions below, fill out the assessment, and begin this journey with us toward developing spiritual practices that are rooted in and empowered by the Holy Spirit.

Q. What is “Passionate Spirituality”?
A. Passion is another word for love, desire, or longing. We were created to love and have been redeemed to love (see Matthew 22:36-40). “Spirituality” may be better written as “Spirit-uality.” That is because it refers to a life dominated by the Spirit of God. When we were baptized and trusted in Jesus Christ for the forgiveness of sins, we were united to Christ by the Spirit of God. From that point on, all of life lived in union with Christ may properly be referred to as Spirit-uality. The Spirit has come to direct us into the fullness of what it means to be human in the world, that is, to bear God’s image for God’s Kingdom (see Genesis 1:27 and 2 Corinthians 3:17-18).

Q. How do Spirit-ual practices foster a passionate Spirit-uality? 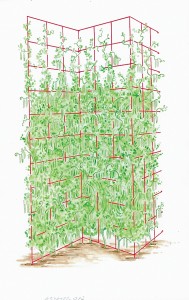 A. Practices (i.e., ways of living life) lead to habits. Habits are those practices that have been so embodied by us that they have become second nature. Habits are then that sturdy (or un-sturdy) structure upon which life thrives (or does not thrive). Our Spirit-ual habits will guide us into an ever-increasing passion for life lived in communion with God for the sake of his Kingdom.
Our habits form the structure for our lives. Habits are to our Christian lives what trellises are for plants. They provide good (or bad) structures for healthy growth. Of course, the plants will not grow at all if not rooted in healthy soil. In the same way, it is not our habits that foster growth but our being rooted in union with the resurrected Savior.

Q. How do I know what habits to develop so I become more passionately Spirit-ual?
A. We designed the following self-assessment questions to help you determine where you have a passion for God as well as help you discern how you can further stoke that passion into a roaring flame, giving warmth to others.
Therefore, it is our recommendation that you commit to two new practices. One should be a practice that you find naturally appealing, and the other, one where you find you are quite weak. In this way, you should find that you are both encouraged and challenged in your efforts.
Over time, the practices you choose will become habits. At that point, you will want to focus on other areas for growth. At times, you may need to go back and revise which practices you committed to. Maybe your commitment was too easy, or perhaps it was too challenging.

Q. What Spirit-ual practices are being suggested in the self-assessment and why?
A. The Spirit is in the business of restoring all of us as humans. Paul wrote to the Christians in Thessalonica, “Now may the God of peace himself sanctify you completely, and may your whole spirit and soul and body be kept blameless at the coming of our Lord Jesus Christ” (1 Thessalonians 5:23). God is not simply interested in renewing one part of you, like your mind or your soul, but he is interested in all of you, including your emotions and body. More than that, the Spirit is moving to restore the systems we are a part of – even restoring all of the cosmos in and for Christ (Colossians 1:18-20).
Therefore we could include thousands of practices that would further passionate Spirit-uality. For this assessment, we have included practices typically referred to as “means of grace.” These are praying, reading and applying the Word of God, and embracing the sacraments of Baptism and the Lord’s Supper (see Westminster Shorter Catechism Q. 88). In addition, we have included several other categories intended to help you be sanctified by the Spirit in the comprehensiveness of life. There are four main categories: prayer, citizenship, work, and rest. Under each of those four categories, several practices are suggested.

Work/Activity
8. Vocation
9. Care for the

Q. What next?
A. The NCD Church Health Team agreed the best path forward was to complete a Spiritual Self-Assessment. The following self-assessment questions are meant to guide you towards the two practices you should focus on.

1) Begin by praying that the Spirit would guide you to see one area where you have a natural thirst for more and one area in which you are not quite as interested.
2) Throw all caution to the wind and answer the questions with reckless honesty. No one will see your answers except you.
As you answer, you will need to keep a score. Each category’s score will serve to help gauge what areas to work on. The goal is to choose two areas. It is in those two areas that you will commit to two new practices.
For example, imagine if Joan Rivers scored weak in Simplicity and somewhat weak (but interested) in Singing. After some prayer and careful thought, Joan chose one new practice in the practice of Simplicity and one new practice in the area of Singing. Her practice for Simplicity was to cut back on time watching TV during the week. Her practice for Singing was to begin writing a new song to God every three months.
3) Finally, your practices, becoming habits, will serve to further your passionate Spirit-uality as they move you toward God, his people, and his mission.
4) The NCD team will be providing resources at future gatherings for you to be able to develop your two specific practices.