Group Leaders: Please print off the following for group members

Choose 2-3 readers for the evening. 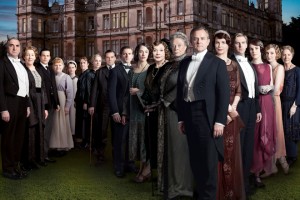 Ask group members if they have a favorite TV series of all time. Who were minor characters who influenced the overall plot?

Talk about what Tim means by saying that the Bible is a five season series and Micah is in Season 2. How does that help us understand the part we play?

Micah 5:5 says that the king born in Bethlehem shall be our peace.

Where have you experienced the chaos of the world most acutely in life? Religiously, politically, economically, socially? Tell a story about what that was like.

Micah and the other minor (as well as major) prophets write a great deal about God’s reign and his reign through the coming Messiah. This brings up the important whole-Bible theme of the Kingdom of God. Much of the following is taken from Christopher Wright’s excellent book Knowing Jesus Through the Old Testament.

There are three important ways to view the kingdom of God is spoken about in the Old Testament that is then assumed by Jesus Christ when he came preaching about it:

Question: Are you resting in the reality of Jesus’ greater ability to bring peace than any other heavenly or earthly ruler?

So when Jesus came proclaiming the kingdom of God, he was not talking about a place or an idea or an attitude. It was not just pie in the sky nor joy in the heart. The reality of God’s rule cannot be spiritualized into heaven (now or later) or privatized into individuals. Now of course it does have spiritual and personal dimensions which are fundamental also. But the term itself speaks of the aligning of human life on earth with the will of the divine government of God.

Question: How might Jesus’ rule over the his international Kingdom impact the social, political, economic or religious systems of the places where his people are found?

So there developed the hope and expectation that at some time in the future God himself would intervene to establish his reign in its fullness over his people and over the world. God would come as king and put things right.

Question: On a scale of 1 – 5 how much do you care that season 5 is about God putting everything right in the world? Are you bored by the idea? What can you do, by God’s grace, to “blow on the coals” of yours or others hope for this bright and beautiful future?