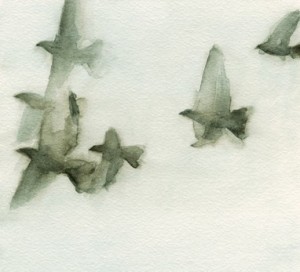 “What’s in a name?” Juliet asks in Shakespeare’s famous romance. Names are small packages that carry a great deal of freight. For example, consider the name “Christians”? How did we get that name? In Acts 11:19-30 Luke records the story of the disciples in Antioch, when they were first called Christians.

Note that this group was called Christians (11:26). That is, they were given this name by those outside of their own circles. The presence of this group within the public square was thick enough to warrant a label. At the same time, no existing label was sufficient. What other group in Antioch consisted of Jews, Africans, Asians and Syrians from its very onset? What other group in the city submitted to the leadership of Jewish teachers in mainly Greco-Roman gatherings? What other mainly Hellenistic group in the metropolitan area would send resources and funding to Jews in Jerusalem? Most important and unique, however, was the core commitment of its members to this Lord Jesus whom the original adherents had preached. With all the Greeks among its members, one may have expected a core commitment to Lord Caesar.  With the Jewish sympathies among them, one may have expected the core commitment to YHWH or maybe even Lord Herod. When it came down to it, there was only one common denominator – a common agreement regarding their need for the grace of God through the Lord Jesus Christ.

How can we live up to the name “Christians” today? When people meet us as individuals or experience us as a group on Sunday, what name do we elicit? Does our life elicit the label of Christian or are we easily labeled by other groups? Do we transcend the common societal labels such as liberal, religious, progressives, conservatives, environmentalists, etc., etc., etc.?

On Sunday I mentioned several ways that we can seek to make Christ’s grace the defining characteristic of our community. One of them was being willing to learn from those outside of “our city.” Like those Greek converts in Antioch who were willing to be taught by Jews from outside their city, we too can submit to Christians from outside our immediate circles. Specifically, I challenged small group leaders to choose a book in the coming year that comes from outside our time period, nation, denomination, or Reformed tradition. Of course you don’t have to wait for your care group to read one to pick it up yourself. I have listed several below for your consideration.

Samuel Escobar (Peru), The New Global Mission: The Gospel from Everywhere to Everyone