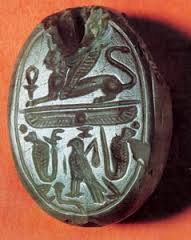 Dr. John Walton, of Wheaton University, writes, “Judah’s guarantee of payment for his act of prostitution is his seal, cord, and staff. The seal is most likely a stamp seal engraved with a design that would uniquely identify Judah. It would be used by him for any transaction or correspondence much as we use a signature today… Seals were often worn around the neck on a cord…his staff is a walking stick but may have been a symbol of authority in his clan. If so, Tamar holds in her possession symbols of his individual and corporate identity – in modern terms, items akin to someone’s driver’s license” (The NIV Application Commentary: Genesis, 669).

(LEADER) Enter into the story of Genesis 38 and get to know each other better by asking willing participants to pass their license around to the other participants. Ask them to tell a story about when they had their picture, what the DMV was like, or something like that.

(If anyone is interested in having a good reference book on the cultural background of the Old Testament they can purchase the IVP Bible Background Commentary edited by Walton, Matthews and Chavalas.)

(LEADER) Ask if anyone can explain how the powerful (Judah and his sons) in those verses are keeping the less powerful (Tamar) in a position of weakness. How are the powerful displayed as not giving the weak the benefit of the doubt?

(LEADER) Ask if anyone can recall how the passage displays God gearing his kingdom for the sake of the weak (Tamar).

(LEADER) Matthew 1:2-6 mentions that Tamar, as well as Gentile-women like Rahab and Ruth, are part of Jesus’ family line. What does this tell you about how God uses weakness and powerlessness in his kingdom? How does this give you hope?

(LEADER) As the Apostle Paul neared the end of his life, he wrote to his protégé 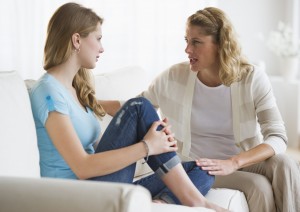 Timothy, “All Scripture is breathed out by God” (2 Timothy 3:16). Genesis 38 is a passage which refers to a variety of sexual activity. Explain why this is a good thing for the people of God to know. How is this a resource to families? Ask if any members have wisdom about how to discuss sexual activity to children and teens. Ask if any would like to share a story of how they learned about these things.