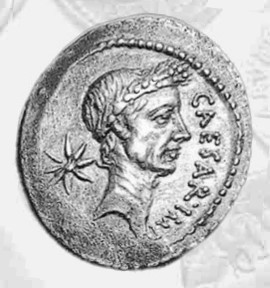 Genesis 1:26-31 is the ticket to seeing that image-bearing is a privilege that Jesus came to restore. Just as God acts as Prophet, Priest and King, we are made to image him forth in those very roles too.

God acted as Prophet by authoritatively speaking the world into existence. And God said…and it was so…And God said…and it was so. He also lived up to the role by interpreting his work for us, telling us that it was good. We are called to use our language in similar ways as those who bear our Creator’s image. We not only are forgiven for lying or failing to pray for others but we also are given the Spirit to use our language to create edifying experiences. Additionally we too are called to make interpretive comments. It is risky business, as is all of life, but it is a privilege bestowed upon us at creation.

God acted as King by ruling and exercising full control when he created the environment. Nothing stood in his way as he made the heavens and the earth. Through faith in Jesus Christ, we have not only been forgiven for, say, losing control of our cars in a night of drunk driving; we have been given the privilege of imaging our King as his vice-kings and queens. Male and female alike are called to “subdue and have dominion” over some of God’s creation (notice that time and weather are not included).

God acted as Priest by drawing near to his creation and blessing it, bringing about its full maturity in relationship to him. We see this early in Genesis 1:3 when the Spirit of God hovers over the waters. We see it later when he acts as priest to bless the human couple, “be fruitful and multiply and fill the earth.” By multiplying and filling the earth with the image of God, we had the calling to be that blessed presence. But, instead, humanity has been known to be a curse. Wherever we have ended up, there have tended to be wars and unrest eventually. Yet we are remade into Christ’s image through faith in his power and are able to be that blessed priestly presence in the earth again.

Oh, and we don’t have to have sex or children to be fruitful – although we aren’t averse to that. 🙂 Simply through the work of evangelism and discipleship, we participate in the call to multiply the image of God in the earth.

2. Can you think of stories from the Gospels of how Jesus perfectly fulfilled the roles of Prophet, Priest and King?

3. How does Jesus’ death and resurrection for us most reveal the image of God through him?

4. Where do you most need to grow as believer in Jesus Christ? Prophet? Priest? King?