The growth of the Church in Singapore has been steady and sustained since 1970. Evangelicals in particular increased 20-fold from 1960 to 2010; 1 out of 13 people in Singapore is now evangelical. Independent and charismatic churches represent nearly half of all new churches, and some of them now attract over 20,000 in weekly attendance. Additionally, the mainline churches such as Anglicans, Methodists and Presbyterians have very strong evangelical components and continue to grow.

Strategic issues facing the Church include:

a) The family under threat. Singapore’s birthrate is one of Asia’s lowest. Many young couples rule out having children to pursue careers instead. The government now offers incentives that promote marriage and family. The challenge is great for Christians to maintain balance of their work, family and church life.

b) Increasing social concerns include broken marriages, family violence, elderly poor, dysfunctional youth, depression, issues of sexuality, drug abuse and gambling addiction.The number and types of social-welfare initiatives that minister to the hurting have significantly increased. Pray for more to be done, especially through the local church with its ready pool of volunteers.

d) Young people remain the most responsive segment of the population. Among under-graduates, about 35% are involved with student ministry of some kind: FES(IFES), CCCI and Navigators groups, or the growing ministries of some megachurches. But spiritual vitality appears to be cooling as young people face many challenges, such as the high demands of studying and, increasingly, worldly pleasures. Many churches struggle to remain relevant to Singapore’s fast-changing youth culture. Pray for the discipling of a new generation with ministry that is relevant, fresh and full of spiritual power. 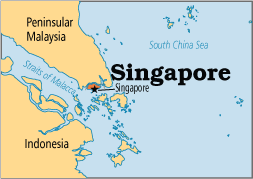